Life and nothing more

I am not a film photographer

I took photos there until the sky got dark. The following day, the first day after the earthquake, I photographed Rudbar. A few days later, with the help of my friends at Aks (Photography) Magazine, a special issue was printed, which contained also my photos.

One year later I met and started working with Abbas Kiarostami due to this special issue.

During the first months of 1991, from the Institute for the Intellectual Development of Children and Young Adults contacted I and we fixed a meeting with Mr. Kiarostami. We agreed that he would use my photographic archive in order to find film locations and reconstruct the events of the first few days following the earthquake.

But on the first day I went on the film set, we decided that I would also take photos of the film. I had meanwhile kept following the vicissitudes of the people and of the area hit by the earthquake, returning various times to photograph the place soon after the earthquake, so it was also an opportunity for me to continue documenting the area.

I took photos with two cameras. One had colour negatives and the photos I took were often from scenes of the film. I handed these over to Mr Kiarostami. I meanwhile took black and white photos with the other camera just for myself. These turned out to be my only compensation.

I accepted the harsh work conditions because of my love of documentary photography and in order to complete my series, not just to take photos of the film. I almost died one night, when I got the worst food poisoning of my life due to eating canned fish. If the first assistant director Bahram Kazemi and the camp hospital (the Italian hospital, I believe) had not been there, I would have certainly died on that night.

The collaboration led me to live with the director and the film crew for over two months. Everyone put their whole heart and soul into the film, and they are still very dear to me. Every member of the group had various areas of expertise and many responsibilities. I tried to capture the atmosphere of this small group intent on the realization of a great work in my photos. For instance, Homayoun Payvar was the real father of Pouya (the adolescent actor in the film), the owner of the film’s yellow Renault, a cameraman, and also the director of photography. Hassan Zahedi was the sound engineer, the sound recordist on set, the make-up artist, and at times also the cook. And all the others were in a similar situation.

This series differs from all the series I have exhibited thus far. Usually when we see any single frame we witness an image in which time has stopped at a particular instant. Here you will not encounter a single fixed 24×36 mm frame, but rather a section of the movement of a film that has been photographed. Time really starts moving, linking together earlier and later scenes. The frames acquire a different meaning when they are linked together, since all the elements of each group form a single photograph. You see the previous and following events, be they few or many.

Every frame is a photograph in itself, and every photograph has a story. Our story begins in a distant past and links up to an uncertain future. You are responsible for guessing this future to some extent, and building it. For my part, I have made a guess and placed it in my frame.

I am not a film photographer. 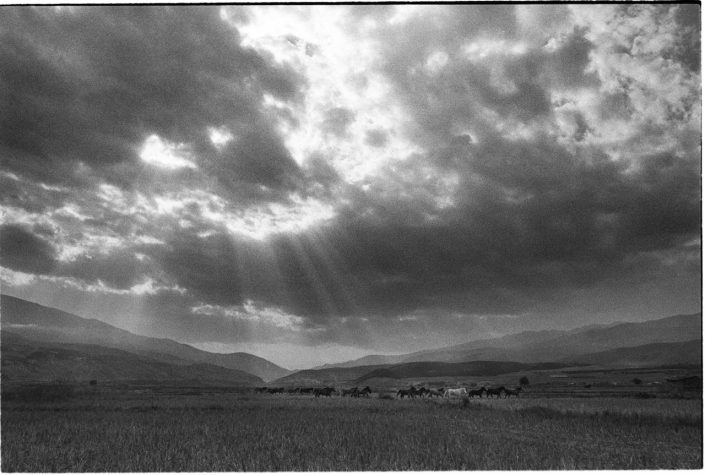 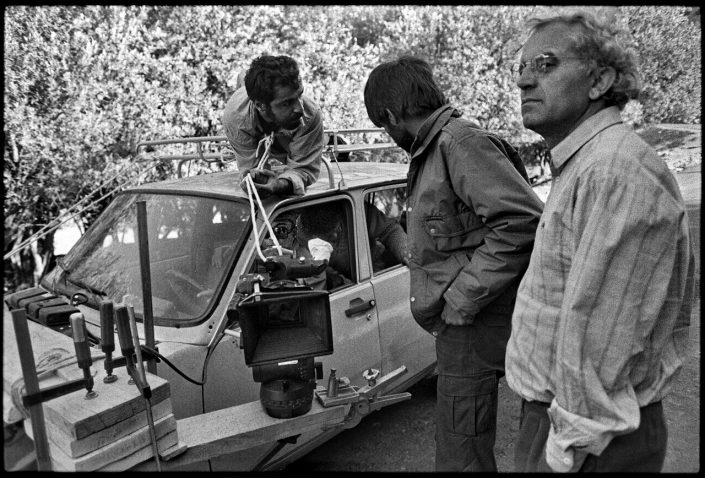 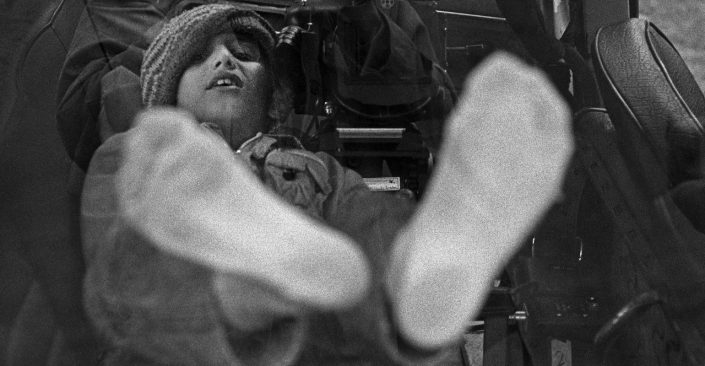 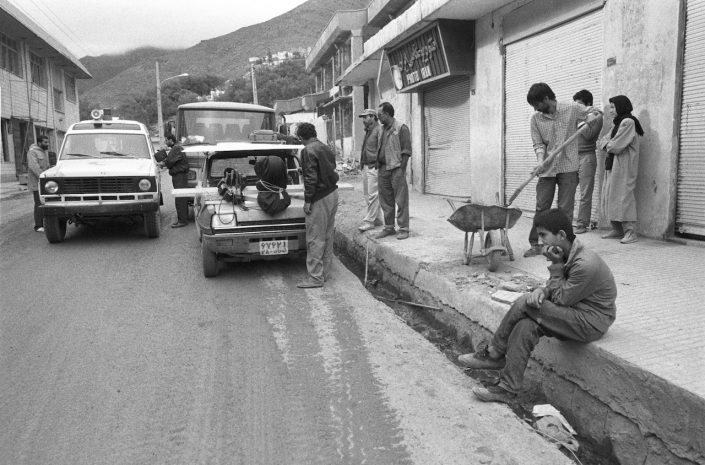 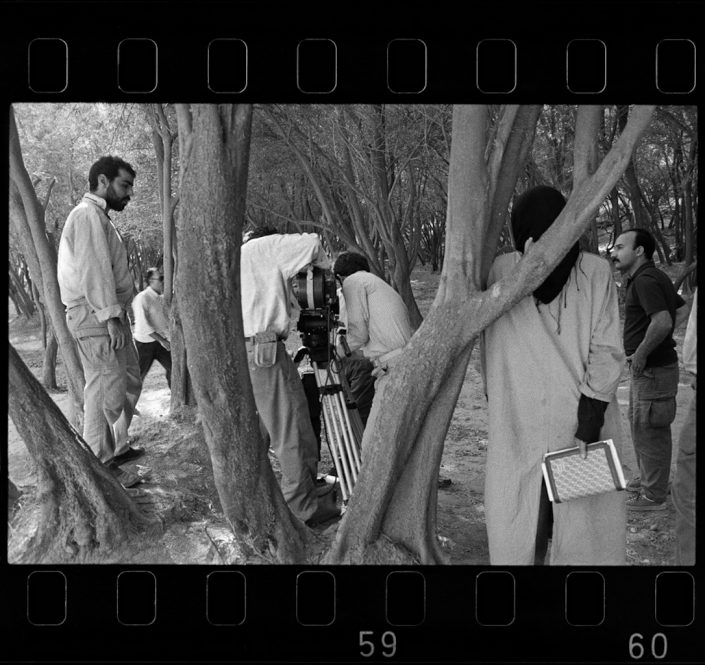 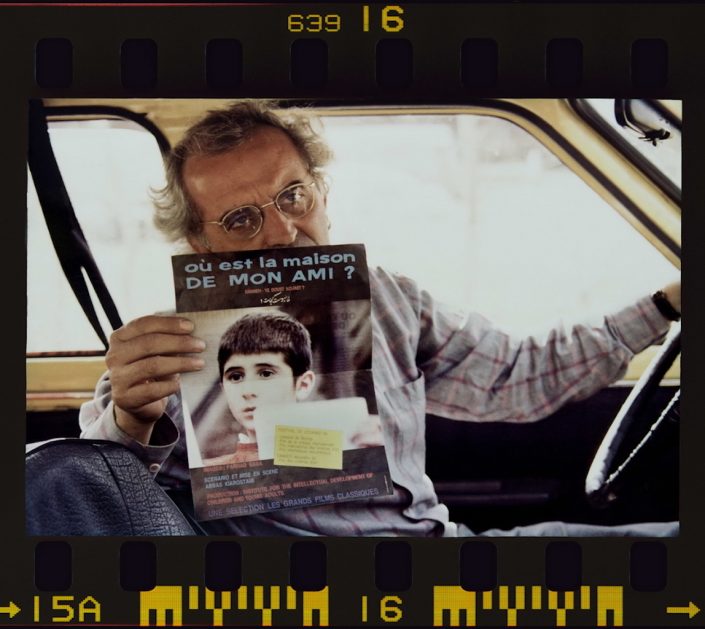 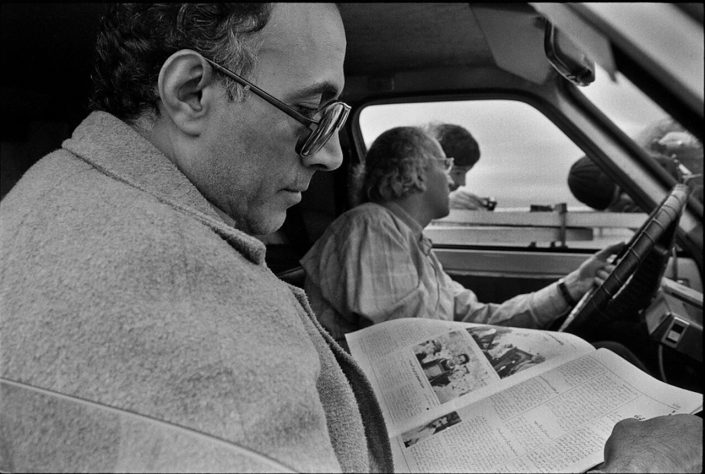 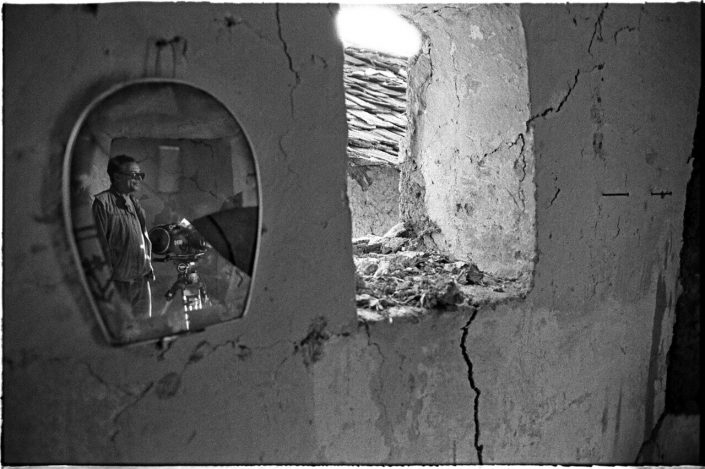 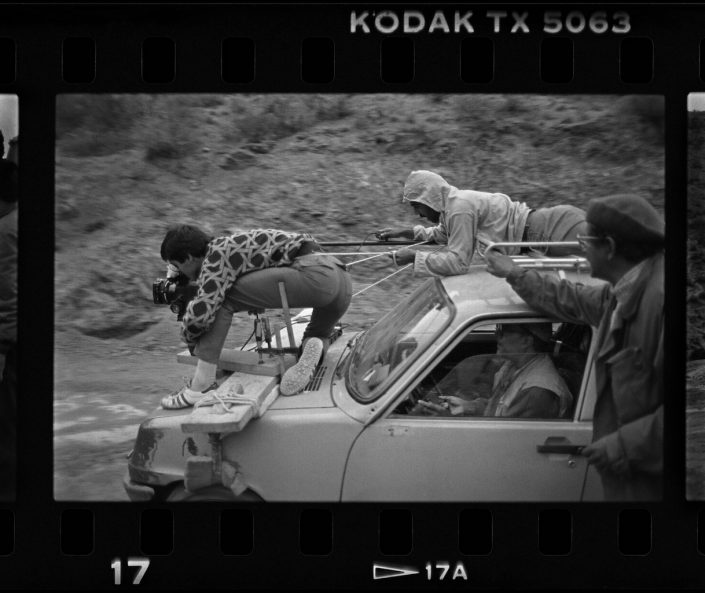