Mourning is a process that its driving center is based on an eternal / perpetual statement: “loss”. The subject is out of sight which only can be traced in sayings and mentalities with very unlikely possibility of understanding its presence. The process kicks off Upon a calendar setting, memories and memos highlighted, mundane and daily concerns lose significance and the “mourner” sets foot on the path of “self-forgetting “. Detaches herself from mundane concerns and steps out of herself in a way that barely one could say it is her or not! Takes out previous cloths and hides herself in veil, sometimes seals her lips in silence and some other time outpours in shouts.

Some veiled women, with sealed lips in silence, similar and dissimilar to their everyday life, hand in hand move from house to house and light candles. A bit Further you see men clad in mourning cloth and with muddy make-up beat themselves lamenting and groaning something between eulogy and whining! They find themselves quite detached from their everyday life and stranger to themselves and others so that to unite with the one who exists and exist not at the same time. This is the moment photo starts. Women in a background of hundreds of years of worship and the men who have set their eyes to the heavens, all pursue “the presence “and mourn the ” loss” drowned in sorrow.

This collection has won World Press Photo 2013 second top award in portrait section and also has been exhibited in Rukaj Gallery in Toronto. Two frames of this collection is held and display on Houston Museum of Fine Arts. 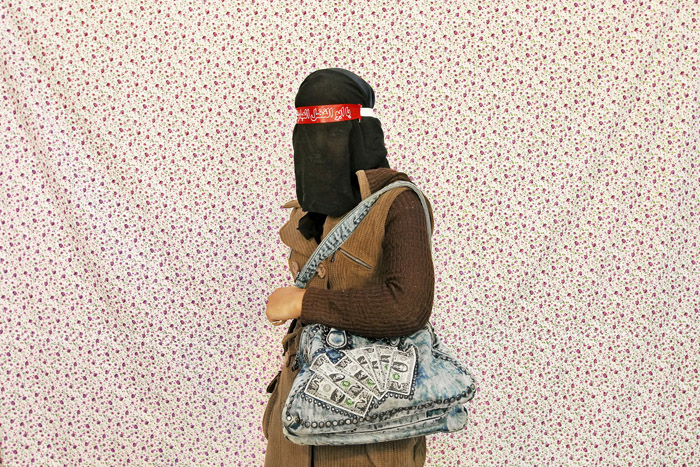 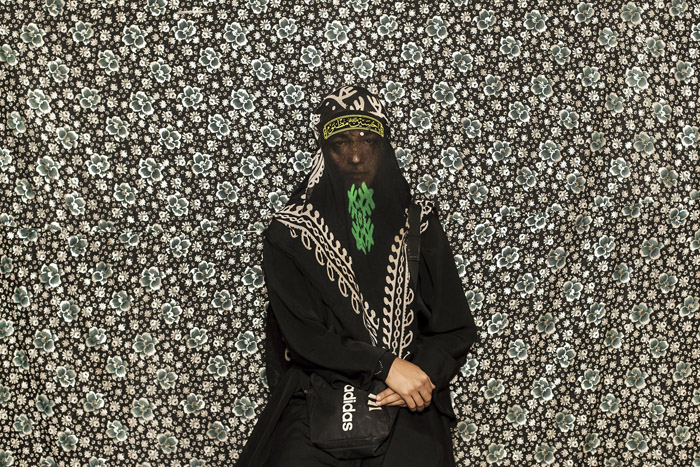 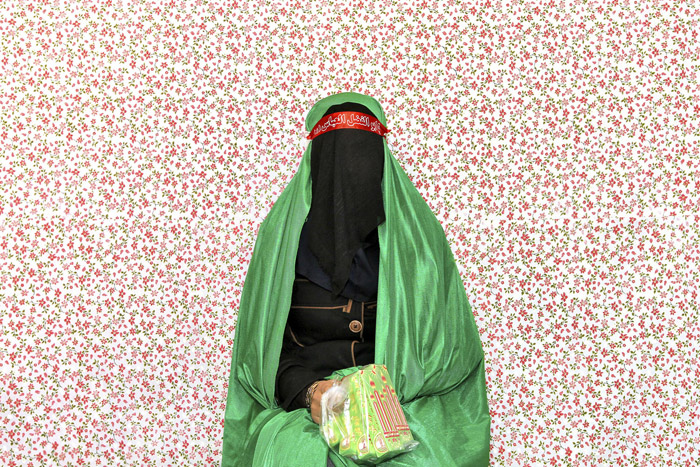 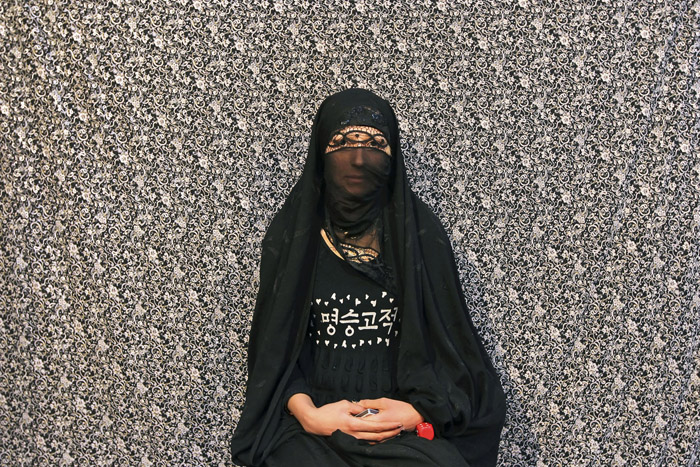 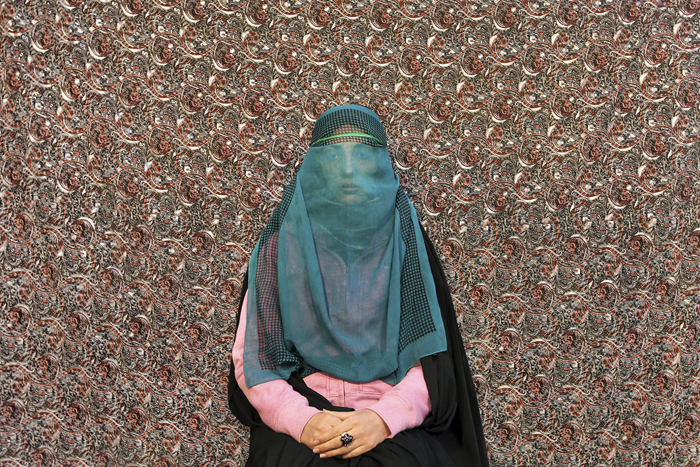 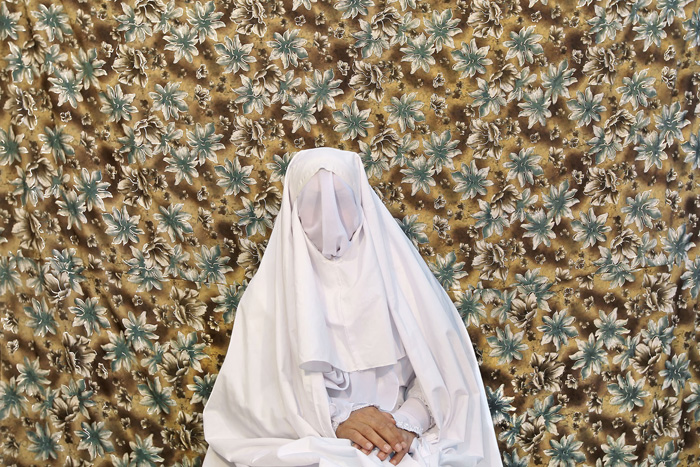 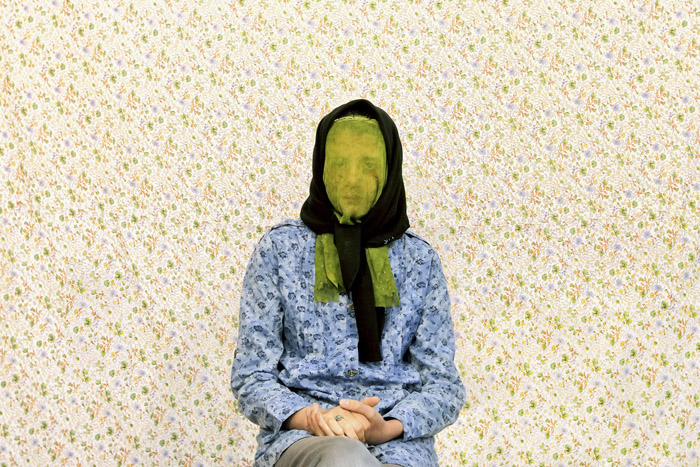 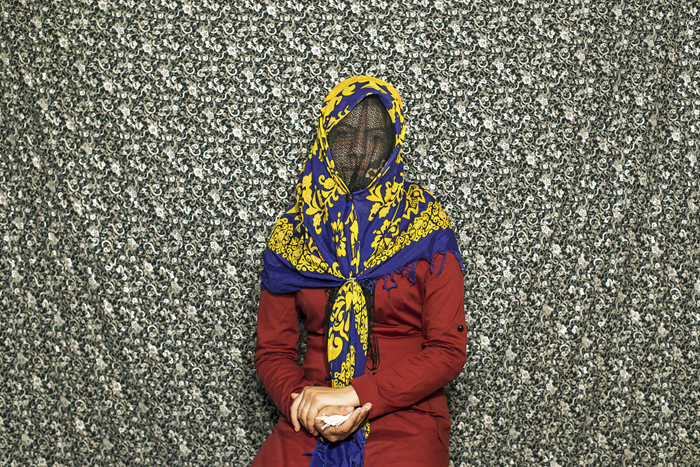 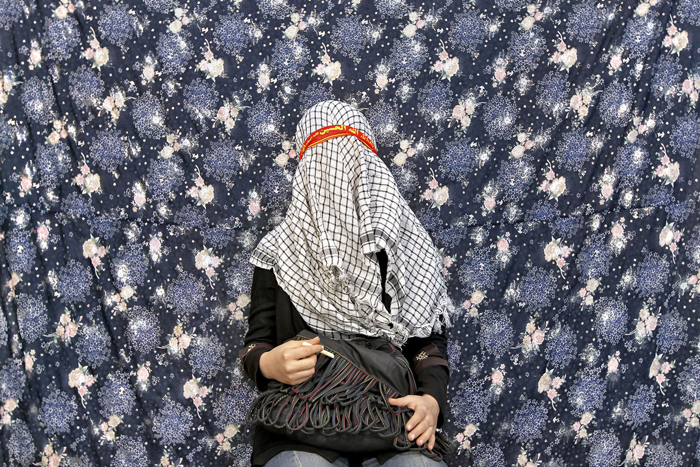 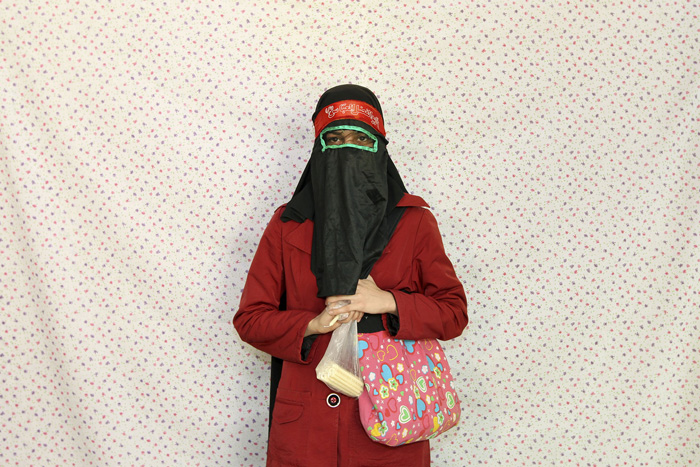 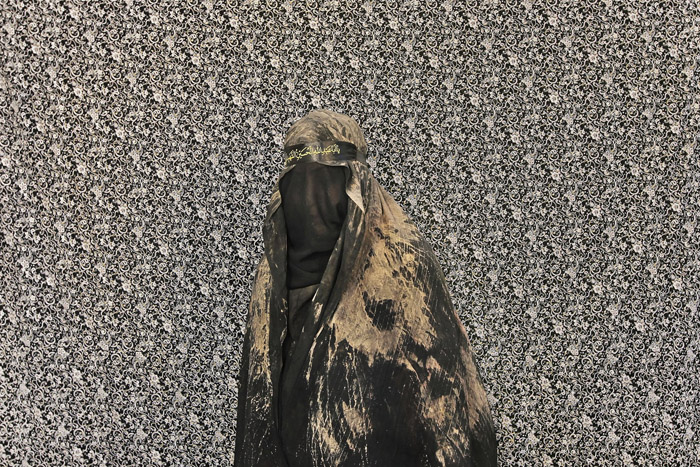 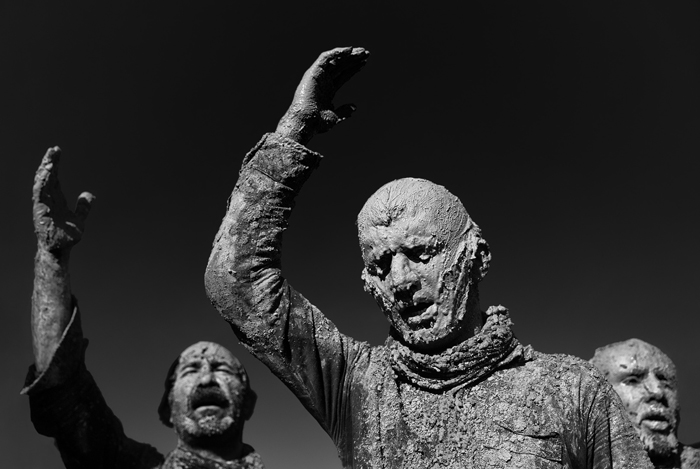 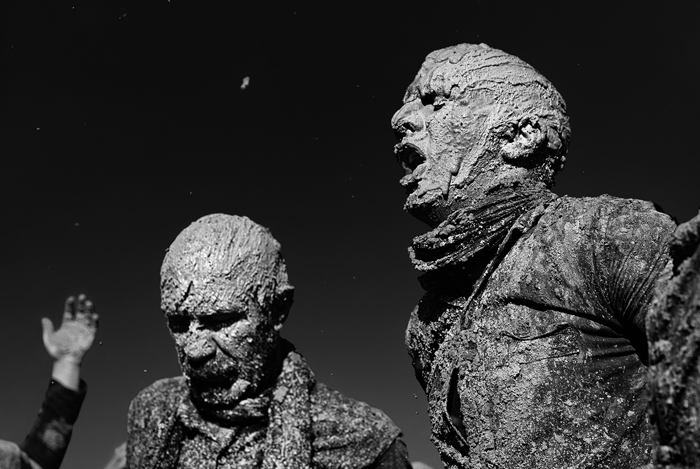 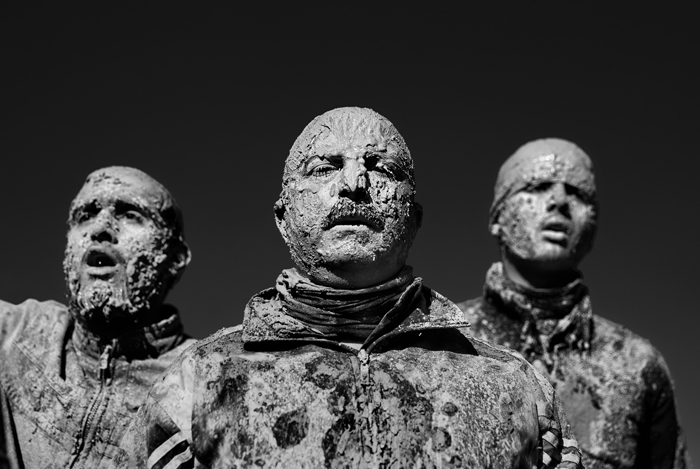 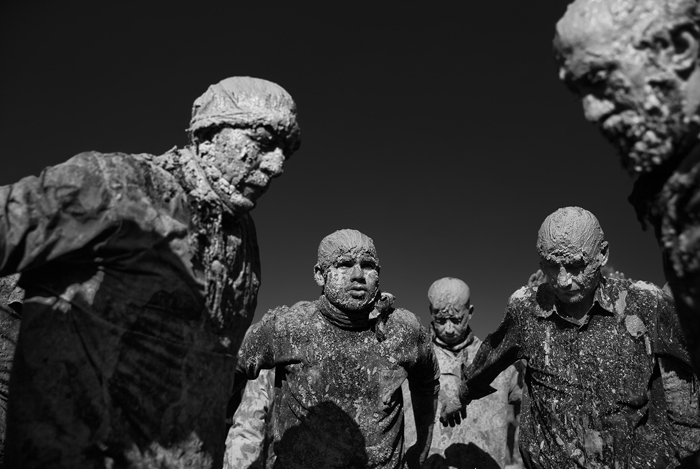 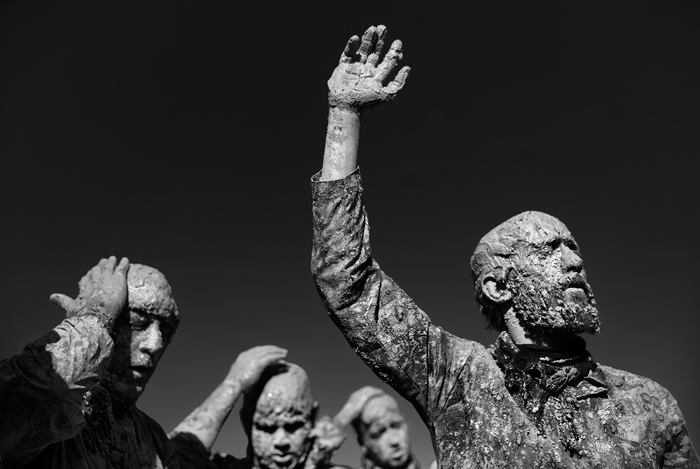 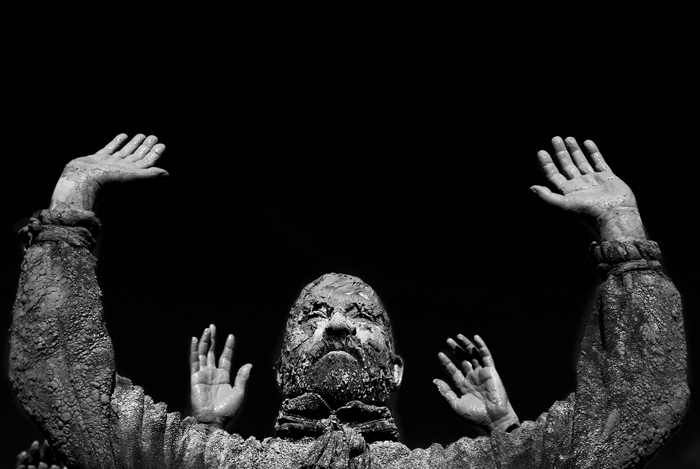 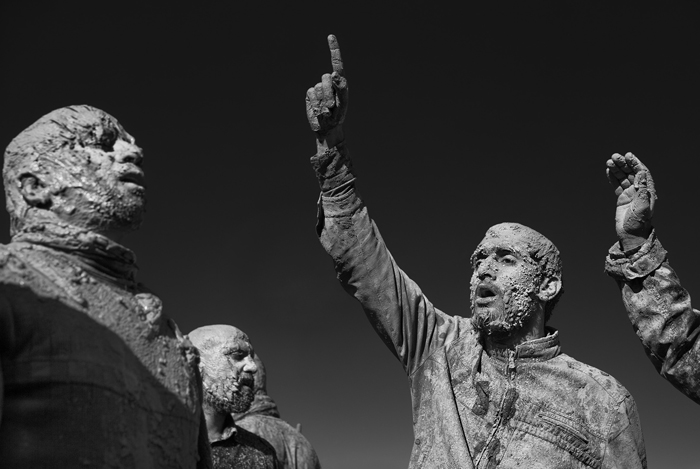