Morteza Niknahad is an artist, photographer and filmmaker living in the coastal city of Bandar Abbas. As a teenager and after becoming acquainted with the analog camera, he was fascinated with the world shaped through the lens. And this was the beginning of the discovery of invisible narratives and the creation of an imaginary world influenced by his birthplace. After being introduced to cinema he made short films, but after many years in 2014 he made a come back to photographic and completed several projects. Most of Niknahad’s projects fall into the genre of Staged Photography, he bases his projects on his mental narratives, which are often based on themes of contemporary human. During these years Niknahad has had group exhibitions in countries such as France, Germany, China, Sweden, Canada, as well as events such as Rencontres d’Arles, Paris Photo where his works are on display. His latest project the “Big Fish” project won the Wellcomephotoprize London Award for Mental Health. During the latest years, Niknahad’s works have also been published in news sites and magazines such as The Guardian, Le Monde, Bazaart, Fisheye, GQ Middlelist, Creative Review, The BBC World, etc. 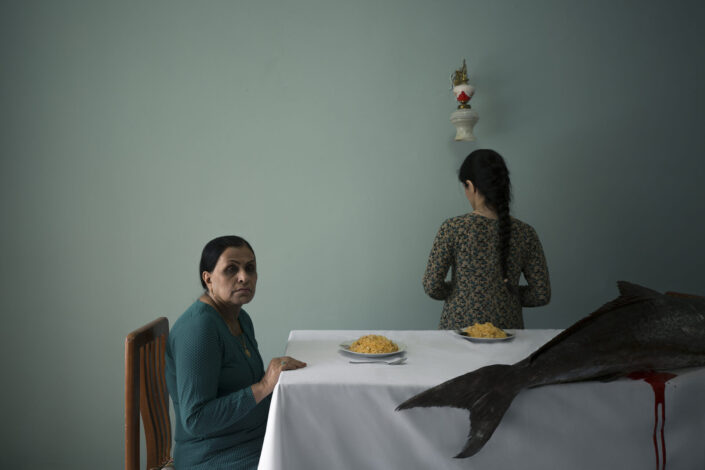